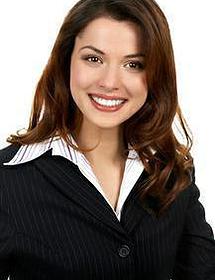 An operation performed to correct an unsatisfactory result from prior nasal surgery is called “secondary rhinoplasty.” The deformed nose following prior nasal surgery can usually be corrected or improved using the advanced surgical techniques we have developed at Fairbanks Plastic Surgery Center. If you have had prior nasal surgery elsewhere, which failed to meet your expectations either in terms of appearance or airflow, your condition may benefit from our corrective nasal surgery procedures.  The previously operated nose is more complex than a nose that is being operated on for the first time. However, by using state-of-the-art surgical techniques, such deformities resulting from a failed prior rhinoplasty can generally be corrected.

Frequently, issues found in a less-than-acceptable “nose-job” include: supra-tip swelling or a “Polly beak” deformity, over-resection of the hump or a “scooped nose,” over-resection of the tip or a “pinched tip,” and a turned up nose or a “piggy snout.” A dropped tip can also occur giving the nose a droopy, unnatural appearance.  Other deformities may include a “box-tip” appearance, or “knuckle-tips.”  Other exterior problems include an asymmetrical nose, a nose which goes over to one side, and a nose that easily collapses on inspiration and doesn’t breathe well.  Internal airway problems may not have been corrected properly, resulting in a constriction of the nasal vault, and reducing airway. We have also seen nasal septal perforations (a hole through the central membrane of the nose). These are all signs of a failed rhinoplasty.

Most of these problems have solutions, but corrective surgery must be done very carefully. As a result of dense scar tissue from prior surgery, the normal anatomy can be disrupted. Each case must be investigated individually, and extensive pre-operative planning is necessary.  Our goal, and yours, is to have a nose which does not have an operated look, one which breathes well, and one which has an appearance that achieves your goals.

In many secondary rhinoplasty cases, cartilage grafts will be required to correct the flaws of previous attempts at nasal surgery. To avoid rejection, the cartilage grafts must come from the patient themselves (autogenous cartilage grafts). This provides the most reliable and predictable results. Sources for cartilage grafting will be explained at your consultation. In NO instance should a patient undergo the placement of any artificial, non-living material in their nose, such as silicone, polyethylene, or non-living cartilage from a cadaveric source.

If your nose has uncorrected problems either in appearance or breathing after a prior rhinoplasty, we will be pleased to consult with you, examine your nose, and explain what can be done to improve or correct it. Explanations of nasal physiology, airway, anatomical design, and surgical approaches for correction will all be discussed in detail at the time of your initial consultation.

Your surgeons at Fairbanks Plastic Surgery Center of Utah have extensive experience and expertise in performing secondary rhinoplasty for post-operative nasal deformity. Every care and attention will be taken to maintain your health and well-being while providing you the optimal result from your Cosmetic/Reconstructive Plastic Surgery operation.

If you have had prior nasal surgery, and achieved an unsatisfactory result, or have difficulty breathing after surgery, be sure to call Fairbanks Plastic Surgery at (801) 268-8838 and come in for a consultation/evaluation of your nose.  We are well known for our ability to correct failed rhinoplasties.  It is quite likely that we will be able to help you out.