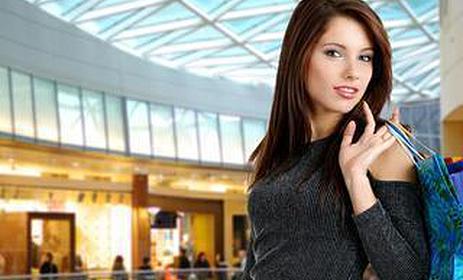 There are several common genital deformities that can negatively affect a woman’s self-esteem, physical comfort, and sexual function. Plastic surgery procedures are available that can successfully improve the appearance of the female genital region, correct issues that cause physical discomfort, and improve the sexual aspect of a woman’s life. These procedures are generally performed under a local anesthetic with intravenous sedation in the privacy of a full-scale operating room in an office surgical center setting. Some of the common deformities that women look to plastic surgery to correct include the following:

When the labia minora hang down below the labia majora, tender and fragile tissue is exposed, which can become subject to chafing, as well as cause pain and discomfort during sexual intercourse, (dyspareunia). The appearance of excessively large labia minora can also be undesirable for a woman’s self image.

Over-sized labia minora can be reduced surgically, utilizing a plastic surgery procedure called a labiaplasty. This procedure, carefully performed, provides a normal appearance and eliminates the problems of discomfort and chafing. The risks are low, and healing is rapid.  We do not recommend the V-wedge resection technique.  This will be explained to you when you come in for your consultation.

Hypertrophic (too much) Labia Minora

When the labia majora are too large, hanging, or loose, they can hang open exposing the vagina.  Depending on the woman’s posture, this can be an embarrassment to the patient.  This situation is corrected through a plastic surgery procedure that reduces the size of the labia majora slightly and tightens the area to the desired extent without noticeable scarring.

Successful methods exist to enlarge the outer labia and provide an appealing, pleasing, and more youthful appearance. This is done using a a special type of graft of the patient’s own tissues. This can lead to improved self-confidence and a concurrent improvement in sexual relations.

Ptosis of the Vulva (Drooping)

This refers to a condition where the entire genital region is hanging down. This can be extremely uncomfortable, difficult to control, and can predispose to rashes, called “intertrigo.” This condition can be successfully resolved during an abdominoplasty or tummy tuck by surgically releasing the connective tissue bands and advancing the vulvar region upward while securely anchoring it in its normal position. There is no additional scarring.  The operation is enormously gratifying to the patient when the ptotic, or hanging, vulva is corrected.

Ptosis of the Clitoris

Ordinarily, the clitoris is securely attached to the pubic bone by a central suspensory ligament. When this connection fails or becomes too lax, the clitoris can hang too far down, sometimes into the vagina, and cause problems with urination, irritation, as well as sexual intercourse and stimulation. The operation to correct clitoral ptosis, or hanging, involves surgically attaching  the clitoris in the region of the suspensory ligament to reposition the clitoris to its normal position.

Too much skin hanging over the clitoris glans can interfere with normal sexual function and stimulation. Correction can be done, but care should be taken not to remove too much. In the patient who has had the clitoris hood completely removed (as in female circumcision), a new clitoris hood, or prepuce, can be reconstructed using local skin flaps.  Corrective plastic surgery is designed to remove just enough of the hood to allow the proper degree of stimulation to occur during intercourse while leaving the protective function of the clitoral hood intact. 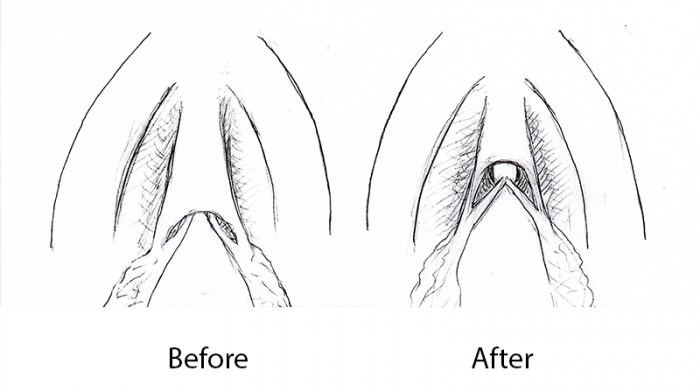 Vaginaplasty refers to vaginal tightening. When the vaginal os, or external opening, is too wide, excessively large, or patulous, this situation can result in unsatisfactory sexual relations. Such a condition may be related to trauma, especially the trauma of childbirth, or the result of an episiotomy repair that failed. In either instance, the result is the same. Correction consists of transposing internal tissue flaps across the midline and securing them well.  The size of the vaginal opening, or “os,” must be carefully reconstructed to its normal diameter.  Thereafter, excess skin and mucosa are excised, and closure of the skin and mucosal covering is made over the repair. Sexual intercourse can be resumed in six weeks, at which time maximum strength of the repair will have been achieved.

This procedure refers to the plastic surgical repair of a ruptured vaginal hymen. The hymen is a thin, circular membrane of tissue located at the vaginal introitus (opening). The hymen is fragile and can be ruptured by sexual intercourse, certain sports activities, and by insertion of objects into the vagina, including tampons. Repair or reconstruction of the hymen involves putting together the remnants, which are flap-like appendages. These flaps are put back together in such a way that it will heal and resemble the original vaginal hymen. This operation requires specialized techniques and must be performed with great care for the operation to be successful. The indication for hymenoplasty is the patient’s desire to have it done. Sexual intercourse will rupture the reconstructed hymen upon penetration and will result in a show of blood. 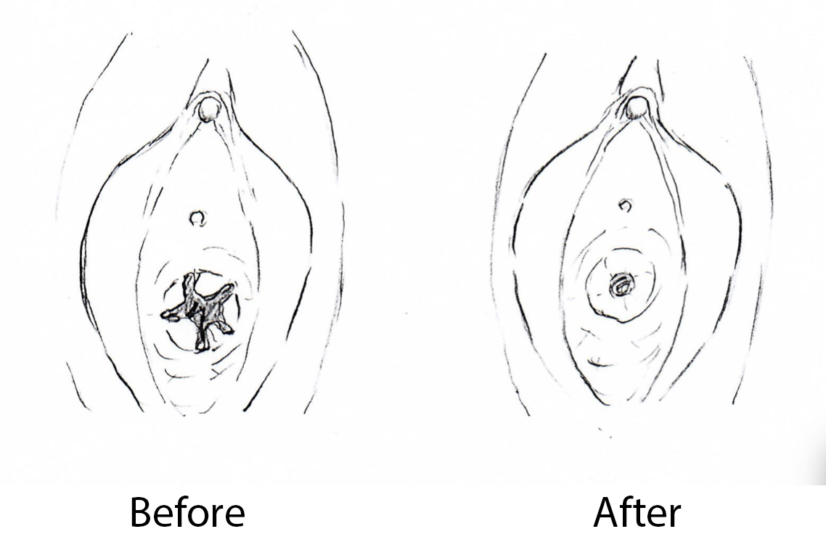 At Fairbanks Plastic Surgery Center, our plastic surgeons have extensive experience over many years of performing Female Cosmetic Genital Surgery.  Be sure to call for a consultation, if you have a problem in this area. 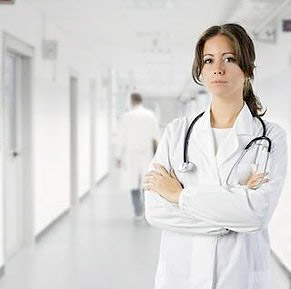 These plastic surgery cosmetic procedures, for improvement of the female genital region, are precise operations, which must be meticulously performed to be successful. Female genital surgery can be highly rewarding; however, if improperly performed, it can result in unsightly results, and even female genital mutilation. Although we have been able to correct a number of cases of genital mutilation from poorly done prior procedures; unfortunately, some cases are not correctable.  Therefore, do your homework before proceeding with one of these operations.

If you have undergone a labiaplasty, or other cosmetic genital surgery, and achieved an unsatisfactory result, be sure to call the office for an appointment, and come in for an evaluation.  We have been able to correct many “hash-jobs” on the labia from poorly performed surgery. We may be able to help you.