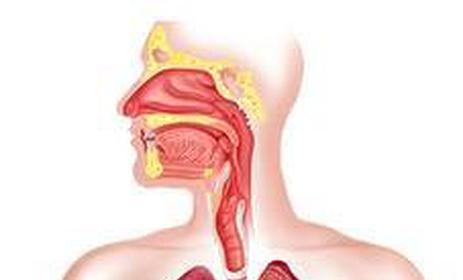 When performing a rhinoplasty (nose job), it is important that the nose breathes well, as well as looks good. If you have difficulty breathing, be assured that nasal airway problems can be corrected physiologically so that your physical activities will not be hampered by breathing difficulties.

While a person can breathe through either the nose or the mouth, mouth-breathing is not physiologic; it is more of a safety access for air when the nose becomes obstructed. A brief review of nasal anatomy is essential for understanding how the nose works:

If we follow the air entering the nose, it first encounters stiff nasal hairs in the nostrils called vibrissae. The vibrissae filter out large airborne particles, while nasal mucous entraps fine particulate material. Thus, the air is cleaned before it goes down into the lungs.

The next important function to consider is air temperature control. By the time the air passes from the nostrils to the posterior pharynx (wall in the back of the throat), it is within one degree of body temperature. This extraordinary feat is accomplished by structures called turbinates. The turbinates have an immense blood supply, and as they increase the surface area inside the nose, they allow for heat transfer to the inspired air. The turbinates are made up of supportive, thin bone covered by a plexus of blood-rich tissue, which can swell and contract. This is covered by a moist, red lining called mucosa.

In addition to temperature control, the turbinates release water vapor into the air, so that the air is humidified before it goes into the lungs. There is a delicate balance between form and function, which must be maintained for the nose to breathe well. If the turbinates are removed (amputated), for example, the nose can become dry inside and result in a miserable condition called atrophic rhinitis. Patients with such dry noses require special irrigation solutions repeatedly throughout the day for the rest of their lives. We recommend against amputation of the turbinates. 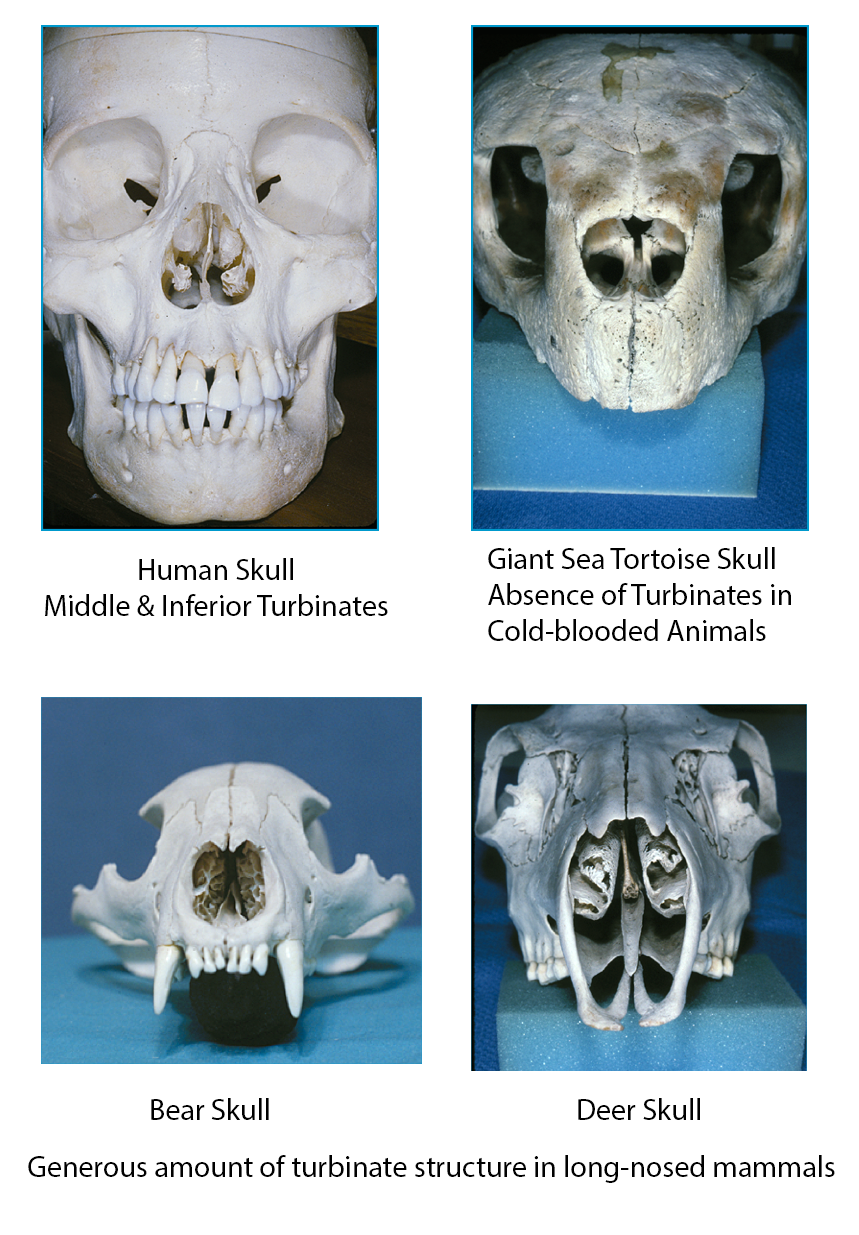 The next thing to consider is how the nasal airway becomes obstructed. Nasal trauma and developmental deformities account for much of nasal airway obstruction; however, hormonal issues are also at work, and a wide variety of medications can cause internal nasal tissues to swell and obstruct. Overuse of decongestants can cause rebound swelling, which can also lead to obstruction. One must again consider the nasal anatomy – the two nostrils ordinarily do not collapse on inspiration because they are supported by internal cartilages called the alar, or lower lateral cartilages. If these are too weak, displaced, or have been removed by excessive surgery, then the nostrils will collapse on inspiration, especially rapid inspiration. This is obstruction of the external nasal valve.

The next narrow point in the nose is called the internal nasal valve. This is held open by cartilage plates on either side of the nose, called the upper lateral cartilages. These telescope beneath the nasal bones (upper part of the nose). When these cartilages are weak, or have been removed, or collapsed surgically, patients will have difficulty breathing through their nose. Herein lies the importance of devices that hold that part of the nose open, such as Breathe-Right Strips. This is obstruction of the internal nasal valve.

The anterior one-third of the lower, or inferior turbinates also plays a part in the internal valve. If the septum has deviated to one side or another and impinges on a turbinate, it will obstruct airflow through that channel. The turbinate on the opposite side will compensate by enlarging and hence result in blockage at the internal valve, which is the narrowest part of the internal nasal passageway. Beyond that, the nose opens up like a funnel in the center of the head and occupies an amazing amount of space.

Trauma to the nose (e.g. nasal fracture) can cause nasal deformity, septal shift, and changes in the turbinates. The goal of the surgeon is to reduce enough turbinate tissue (anterior one-third by sub-mucous resection of turbinate bone) to alleviate the obstruction, but not so much as to reduce or eliminate its function. This, combined with corrective septal surgery, done well, is an important part of restoring proper breathing function.

If the supporting cartilages are weak or absent, they can be strengthened or rebuilt so that your nose can have the improved breathing capacity you need.

When your surgeons at Fairbanks Plastic Surgery perform nasal surgery (rhinoplasty), they direct the surgery at improving both breathing function and appearance. If you have a nasal breathing problem, you need to come in for a consultation. Your surgeons have extensive experience in this area, and you can be assured of the most optimal results possible.

Your surgeons at Fairbanks Plastic Surgery Center of Utah have extensive experience and expertise in performing nasal surgery, both for airway and appearance. Every care and attention will be taken to maintain your health and well-being while providing you the optimal result from your Plastic Surgery operation. If you need help in there areas be sure to call Fairbanks Plastic Surgery at (801) 268-8838 and schedule an appointment for a consultation/evaluation.